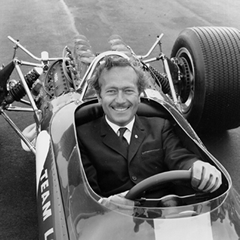 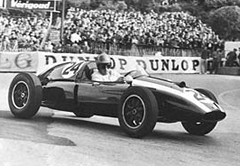 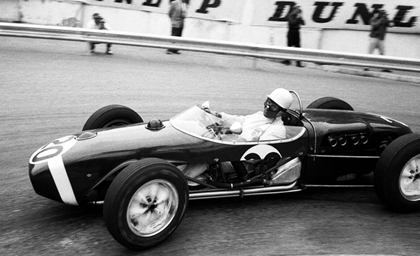 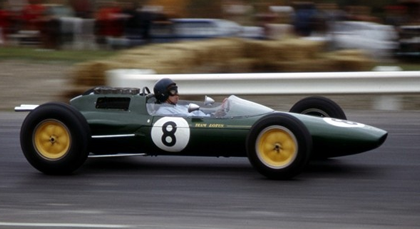 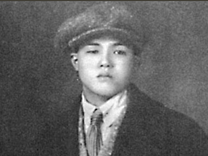 A fiercely independent and sometimes rebellious teenager without formal mechanical training, but an abundance of talent, curiosity, and drive, left his village under Mount Fuji to find work in the big city as a mechanic. The year was 1921.

He found an apprenticeship at an auto shop, and by age 22, he opened his own shop, establishing a reputation for ingenuity. He also loved to drive, fast. He built racing cars from spare parts in his “spare” time, and raced them. His name: Soichiro (“so-ee-chee-ro”) Honda. 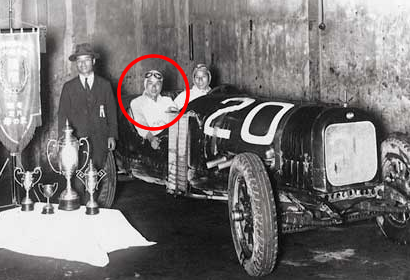 When he was thirty a racing accident and his wife’s urgings diverted Soichiro’s dream of a professional racing career.

In 1948, Soichiro invested all of his savings to start Honda Motor Company, and set up shop in a wooden shack. The first Honda motorcycle he designed and built from the ground up was The Dream. The Dream E was a 98cc 4-stroke delivering 3hp, 220 mpg, and about 45 mph. 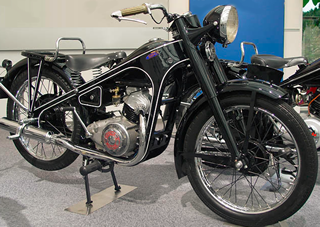 “Engineering without personality doesn’t have much value.”
—Soichiro Honda

Five years in business, Honda Motor Company’s revenues were just sufficient to support Soichiro’s passion for racing. In 1954 he announced to the stunned employees of his fledgling company that they’re not only going to race motorcycles, “We’re going to win the world championship.”

Honda declared in writing, “My childhood dream was to be a motorsport World Champion with a machine built by myself. However, before this dream could be achieved, it was obvious that a stable enterprise with the finest precision equipment, and an excellent level of in-house design was needed.”

For Soichiro, “utility machines” facilitated his passion for racing. “I hereby avow my definite intention to participate in the TT [Isle of Man] races, and I proclaim with my fellow employees that I will pour in all of my energy and creative powers to win,” declared Honda.

One “Hondaism” expresses how he would force progress, by creating a condition without an alternative exit to progress, and eventual success. 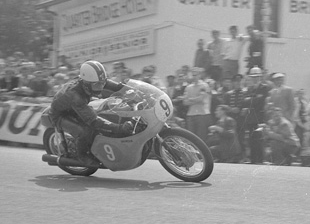 “Send them upstairs. Take away the ladder. And set fire to it.”
—Soichiro Honda

By 1966, Honda motorcycles held the World Championship title in all World GP racing classes, from 50 to 500cc. Only excepting the side-car class. 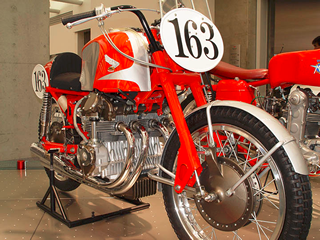 While European and American engine designers generally increased horsepower by increasing cylinder displacement, Honda increased it by increasing RPM. Substituting displacement volume for RPM—essentially increasing displacement by time instead of volume—to gain power is just one example of Honda’s many engineering insights that have changed what and how we drive, or ride, forever. The 14k RPM redline of the 1959 Honda RC160 came to be known as “Honda music” by motorcycle racers and enthusiasts alike.

Mr. Honda’s story is that of the classical underdog. This man of little education, starting with no formal mechanical or business education, created a design and manufacturing company to fulfill his dream of winning the World GP championship at a time when a Japanese motorcycle winning it was virtually unimaginable. Honda’s successes in racing led the growth of his company, such that no one in the modern world doesn’t know something of the results of Soichiro Honda’s dreams.

All of us who drive vehicles with small, efficient, extremely reliable, low displacement/high RPM engines directly benefit from Mr. Honda’s own personal passion for performance, and his uncompromising commitment to continuous research and development.

It may even be said that Honda did for the inline cylinder engine configuration what German engine designers did for the horizontally opposed “boxer” configuration. Regardless, like Honda the man, Honda the company is uniquely committed to performance engine development to support racing of all kinds.

Think about it, is there any other engine company aside from Honda to develop lawn mowers, racing cars, and jets? Honda is nothing if not an innovation-leading company.

“Success represents the 1% of your work which results from the 99% that is called ‘failure’.”  —Soichiro Honda

Honda and Lotus both began by using cast-off surplus engines and components to build vehicles. And Honda, like Lotus/Colin Chapman, was a world-changing innovator motivated by a single-minded passion for speed and the relentless pursuit of motorsports victory by bending the rules of racing and engineering to beat the established manufacturers at their own game. 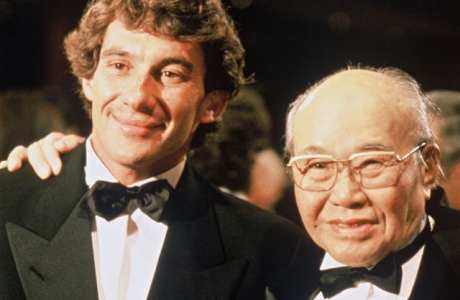 Photo: Ayrton Senna, who rose to Formula One fame with Lotus in 1985-87, and Soichiro Honda together ca. 1988, having won both the constructor’s and driver’s championship that year with the famous (and simply gorgeous) McLaren-Honda MP4/4.

Team Lotus used the same RA168-E Honda engine as McLaren that year, which was the last to allow turbochargers in Formula One. Though both Honda and turbo’s are coming back to Formula One next year, 2014.

I can’t help but wonder if Soichiro Honda and Colin Chapman had ever met. Though from different cultures, and though the focus of their engineering efforts was different—complementary, in fact—they share very similar motivations. And both advanced their reputations and enterprises through motor sports victories.