After some months (about 4 or 5k miles) I finally found a used Greddy supercharger/Katana mounting kit, on lotustalk. It arrived somewhat disheveled, but serviceable. A good friend–actually, good mechanic and a great friend–did the Lion’s share of the install in his garage. 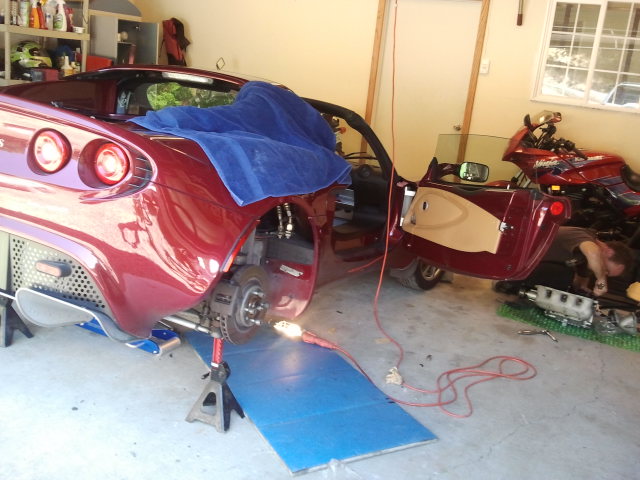 The effects were immediate, and inspiring. It didn’t take long to get used to the welcome addition of +50 WHP. 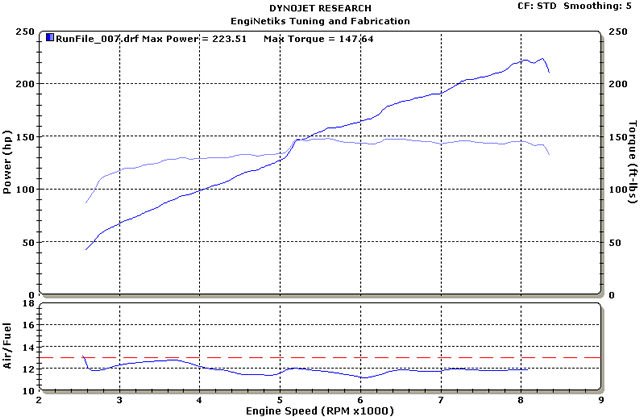 The vision function/”charlie-x” tune certainly smoothed out the cam switch, and if just slightly on the rich-running side, it worked very well over all. More the Elise a.k.a. “baby supercar” I’d hoped for and expected all along. The supercharger and tune along with Cup airbox and HKS exhaust proved enough to get comfortable with, and all-in-all it certainly held me over through 2012, which saw my first track days at Sonoma and Thunderhill with NASA. By this time the hardtop and Lotus LSS wheels were added. 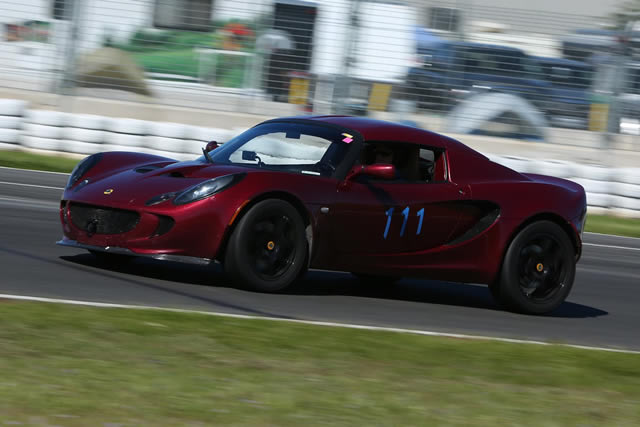 I took my time to learn the line (a line, at least) and picked up some speed, gradually. What I thought would be hard seemed easy, and visa versa. From this point I start studying harder the art and science of driving faster (not studying faster to drive harder). 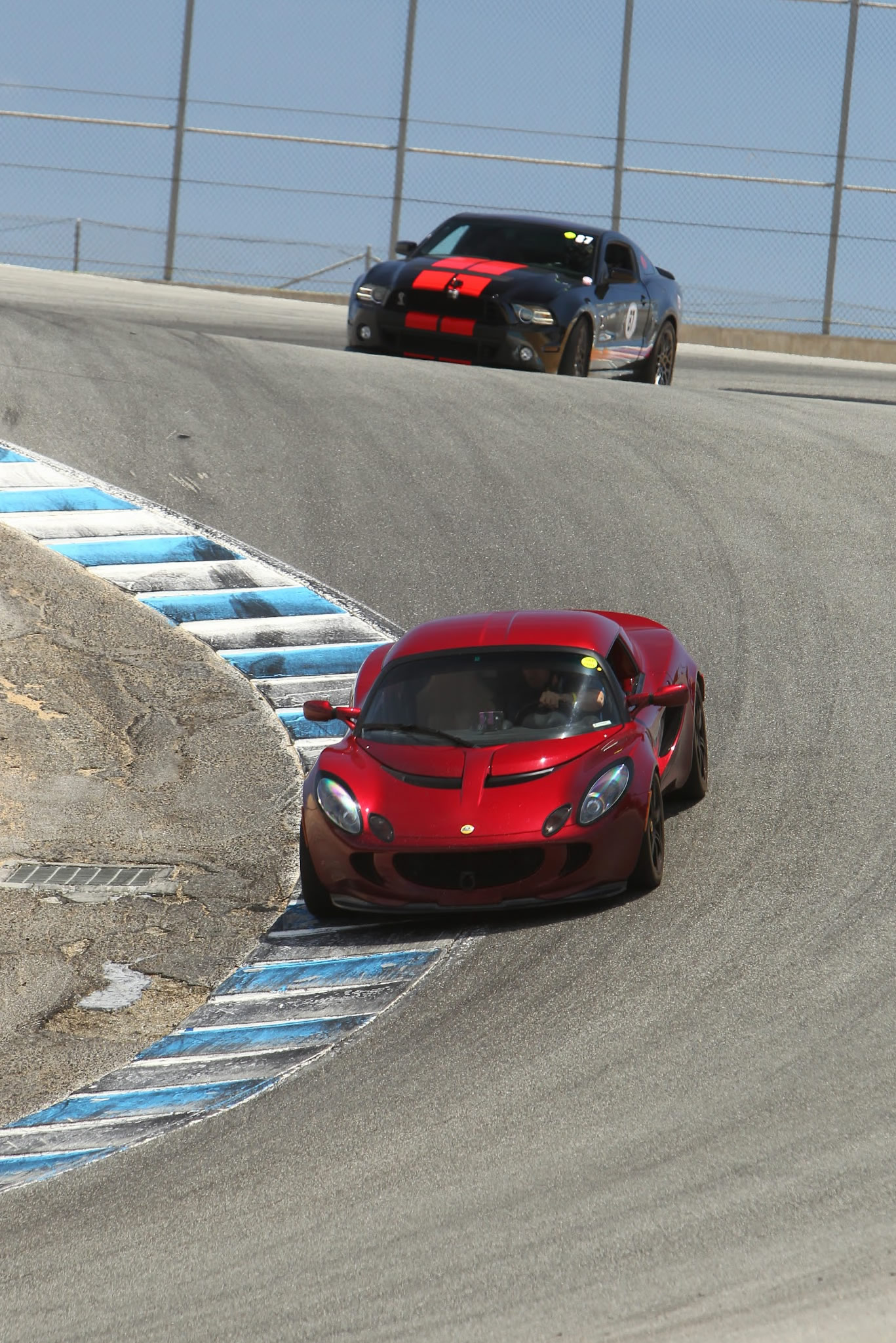 When last at Thunderhill I rolled it on the scales for 2140 lbs., driver included. I need to lose some weight! Let’s say fighting weight would be 2100 even. 2000 even sounds better. But then the car will have to shed fat too. Or air conditioning. Perhaps then we’d both lose weight. 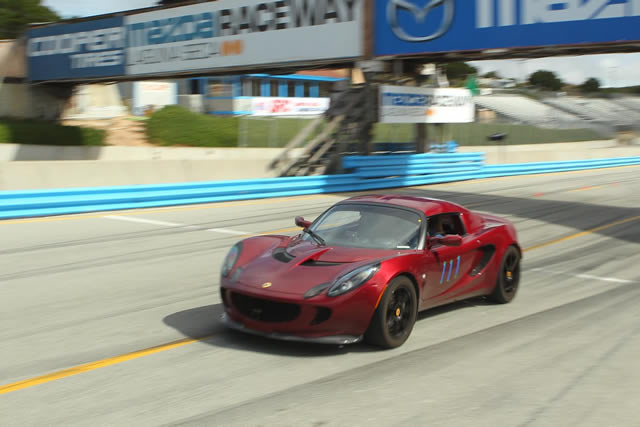 I drive in part to compete with and challenge myself, to sharpen my focus-ability, and mediate fear-responses with knowledge, discipline, and understanding. But mostly, just to fly. Maybe later I’ll challenge others too. 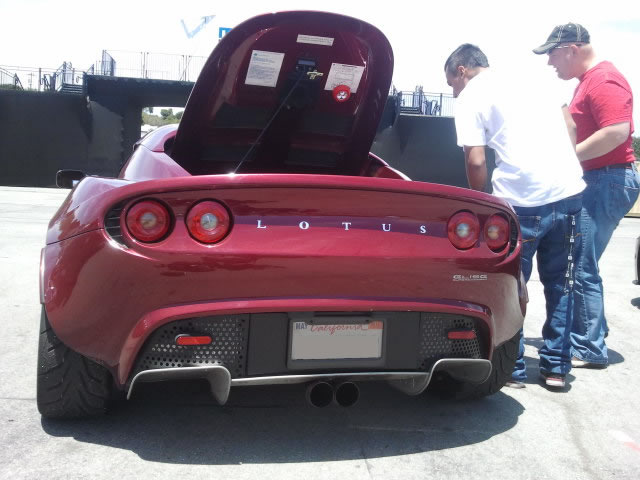 It is indeed a simply fascinating machine.